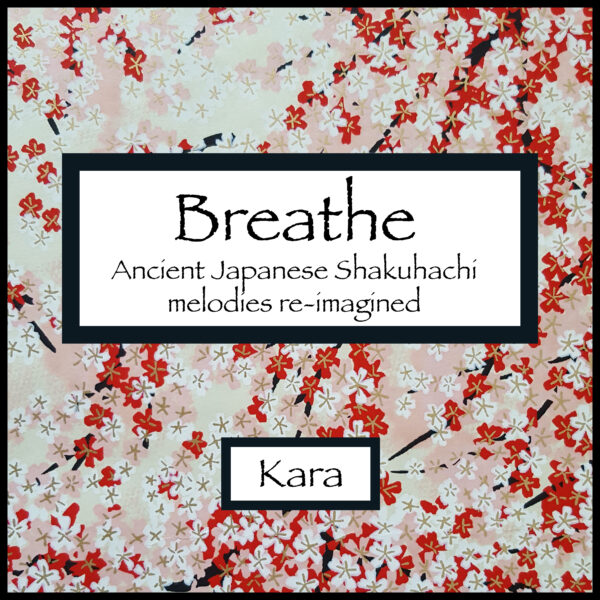 All works have been re-imagined for recorders from Japanese ‘Bushi’ or folk melodies and inspired by the works and performance of Kôhachiro Miyata’s ‘Shakuhachi – The Japanese Flute’.

Kôhachiro Miyata is considered one of the leading shakuhachi players in Japan and on the above mentioned album he presents us with five of the most known pieces of the Japanese honkyoku repertoire (honkyoku referring to the solo pieces of shakuhachi). It was originally released on LP in 1997 by Nonesuch and has been re-released on CD.

The shakuhachi is considered the most important traditional wind instrument of Japan. As it is very similar to the Chinese tung-hsiao, it is generally thought to have come to Japan from China. However, its depiction in religious art of the 8th century indicates to us that this type of instrument has been used well over a thousand years.

The shakuhachi is capable of a wide variety of special effects and extended techniques that were standard by the 18th century, which in Western music is associated with the 20th century avante-garde.

Shakuhachi means 1.8 shaku (1 shaku = .994 feet). This refers to the length of the bamboo tube, the length being regarded as the standard, with D as the fundamental tone. There are smaller and larger instruments, the smaller producing a clear, brilliant and penetrating tone, the larger a warmer and fuller sound and being similar in this to the recorder. All sizes have an enormous dynamic range in all registers.

In the Edo period, the shakuhachi was used primarily in chamber ensembles and has more recently been revived as a solo instrument. The solo compositions are seen as great aids of meditation for both player and listener, with the tempos being predominantly slow.

These traditional Japanese shakuhachi melodies are about space, time and breath.